Texting and Driving in Florida 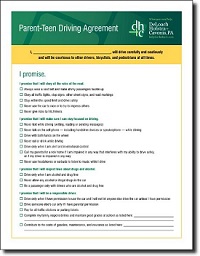 May not always be a good idea to do it depending on the roadway circumstances, but you won't get a citation for it. Another question that we commonly get is whether people can still use their handheld devices in a handheld manner by inputting numbers for phone calls and the answer to that question is yes. You could still use your handheld device to make and receive phone calls.

So if they see you with your phone up to your ear, you can get a ticket for that because you're actually using your phone as a handheld device and you're obviously doing something with it in violation of the statute. The offenses vary. The penalties for violating the law vary depending on how many offenses you've had. The first offense, it's a $30 fine and one point on your license. Subsequent offenses are $60 and up to three points on your license if you're caught within five years.

The other point that I want to make is that even though you may be doing something not in technical violation of the law, and I'll use the example of making or receiving a phone call using your handheld device, you have it up to your ear or you're inputting a number for the purpose of making a call. Even though that may not be a violation of the law, it can increase your civil liability in the event you were involved in a crash.

Even though it may be legal under the statute, that can still be used against you. Obviously, common sense tells us that the safest way to use your phone is in a hands free manner. Even safer than that is to simply not use your phone at all.

COVID-19 is having a serious impact on our community and around the world. We understand that there are uncertainties right now. But we want to reassure you that DeLoach, Hofstra & Cavonis, P.A. is still up and running and we are dedicated to supporting our clients, employees, and community partners. Please call us if you need help, we have alternative ways to handle your legal matter. Be well and stay safe!