Can I challenge a relative's will if I was disinherited? 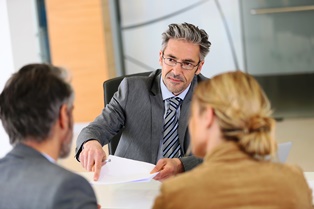 A last will and testament is a legal contract, and disinherited family members cannot contest a will simply because they don't agree with its terms.

That said, there are valid legal reasons for challenging a will in most states. If the court decides one of these reasons exists, some or all of a last will and testament could be declared invalid.

Legal Reasons to Contest a Relative's Will in Florida

State laws vary on the reasons why a relative may contest a will in court, as well as what happens if the dispute is successful. Depending on what grounds the will is challenged, a Florida court may rule that one or more provisions are not legally-binding, or it can rule that the entire will is invalid.

Under Florida law, you can legally challenge a last will and testament if:

If you believe you may have grounds to challenge a loved one's will, the legal team at DeLoach, Hofstra & Cavonis can advise you on your potential options. Simply fill out the quick contact form on this page to set up a consultation and get answers to your questions.