Injured by a Defective Drug or Medical Device? Our Florida Injury Team Can Help You Recover 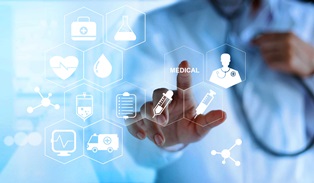 Every day, people rely on drugs and medical devices to live better lives and even save their lives. Unfortunately, many companies place profit above safety, which endangers millions of consumers.

In cases where a drug or medical device has caused injury, victims may band together to demand compensation for their injuries, or they can pursue their claim individually. The best choice for you will depend on multiple factors. These include the nature of the defective drug or product and your injuries.

Class actions and mass torts allow many injury victims to bring claims for similar injuries caused by a defective drug or medical device.

Class action victims file a joint lawsuit and go through a single trial, and all the victims share a portion of the settlement if the case is won. In a mass tort action, each injury victim has his or her own trial and is awarded an individual settlement based on the facts of the case. A court approves a mass tort claim if there are multiple victims in the same geographical area who all have similar injuries.

New products come on the market every day, each with the potential to cause injury to consumers. If a company failed to warn users about the risks, failed to conduct proper testing, or falsely advertised a product in order to profit, consumers are entitled to seek justice and payment for the complications they suffered.

Some of the defective drugs and medical device cases we represent include:

How Is a Mass Tort Different from a Florida Injury Case?

The biggest difference between a personal injury case and a mass tort is strength in numbers. While a large company may be able to ignore the claims of one or two injured people, multiple claims affect a company’s reputation and profits, making the company more likely to pay attention.

How Long Do I Have to File a Lawsuit?

Under Florida law, an injured person has four years from the time the injury is discovered to file a personal injury or mass tort claim. However, an injury victim should seek the advice of an experienced injury attorney as soon as possible, for a number of reasons.

If you've been hurt or have lost a loved one due to a dangerous drug or medical device, we can help. The Seminole injury attorneys at DeLoach, Hofstra & Cavonis will advise you every step of the way, and you won't pay any fees or costs unless we win your case. Call 727-397-5571 or contact us using the form on this page to begin your first consultation.

Not all product liability claims involve drugs and medical devices or even related to healthcare. Defective and dangerous products injure and kill countless Florida residents every year. Sometimes the products release poisons or contain lead, which can impact a growing child's health, and sometimes dangerous and defective products start fires or break bones. All of these injuries are serious and manufacturers who release these products to the general public should be held accountable.

A variety of dangerous products injure or kill thousands each year. When a product is offered to the public, it should be safe for use.

When a manufacturer fails to deliver a product that is safe and conforms to current safety standards, he can be held liable for damage or injuries that result.