My Loved One Is In Florida, But I'm Not. What Can I Do?

Protect Your Nest Egg From The Nursing Home: Your Florida Survival GuideRequest Information 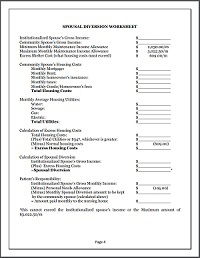 My Loved One Is In Florida, But I'm Not. (Transcript)

Paul Cavonis: Obviously you know, in Florida, we have a large elderly population, and often times the elderly people who live here have families who are far away. Many times they're out of state. Sometimes they may be even out of the country. Explain how what you do helps those family members with the local situation.

Rep DeLoach: Well, when you're going through the decline of you elderly loved one, most of the time you've never gone through this before. In our typical situation is where mom has gotten older. She's slowing down somewhat. Maybe she's getting a little dementia, and then the family enters some type of crisis, and the crisis is typically through a fall. 60% of the people that enter a nursing home do it through a fall, and when that happens that's just a difficult time. The family's never dealt with the issues. They've never dealt with hospitals, doctors, nursing homes, rehab, Medicare, Medicaid, VA benefits, wills, trusts, powers of attorney. They've never done any of this, and they're really lost in the system.

Paul Cavonis: You know, if I'm living out of state and I have a parent in Florida who was experiencing all the difficulties that you're describing right now, what would I need to do in terms of interacting with a law firm to get this whole process started?

Rep DeLoach: They contact us, we send them out the questionnaire, and we schedule a consultation to help figure out what, if anything, we can do to help.

So what we do is we talk with the power of attorney, typically, and we send out a questionnaire, and the questionnaire is what's going on with mom and dad and how we can help. We generally like to get the information of their finances, their income, and their assets because that's gonna help us make the right decision for mom and dad. Again, when we're typically contacted with mom or dad is in the nursing home or probably needs to be in the nursing home, and they're looking at VA benefits, or Medicaid benefits, or just trying to figure out how to make sure all the assets don't disappear to the nursing home.

As we've said before is it's likely that mom or dad has probably been slowing down, and they're probably losing some type of capacity. We don't necessarily know, but that's kind of a typical lead off to how we get involved in a case. What happens is we need to really be in contact with the decision maker, and mostly the decision maker is gonna be that mom or dad's power of attorney and/or healthcare surrogate.

So you've got great children and family members that really want to help mom and dad out, but they don't know where to go. They don't even know where to start. There's just so much bad information that's given out there in the elder law world that people get confused and get lost and then get frustrated and everything they do, and they can really make some horrible decisions based upon things that they really have no idea what's going on.

COVID-19 is having a serious impact on our community and around the world. We understand that there are uncertainties right now. But we want to reassure you that DeLoach, Hofstra & Cavonis, P.A. is still up and running and we are dedicated to supporting our clients, employees, and community partners. Please call us if you need help, we have alternative ways to handle your legal matter. Be well and stay safe!