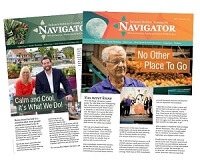 “What do you want to be when you grow up?” is a question commonly-asked to children.

So, when an eight-year-old Georgina announced her desire to be a model, raised eyebrows ensued. I yearned for the glamor. In hindsight, I think I just liked the idea of riding in a limousine. The concept of practicing law was not on my radar, despite having an aunt who is a corporate lawyer in London and an uncle who serves as a judge in the Pinellas County court system.

However, life brings a multitude of surprises.

Firstly, my parents divorced and remarried, and my mother, who was born and raised in the United States, decided that she, my stepfather, and I would move to Florida.
As a result of two major events in my short life as a high school student, my interest soon pivoted towards the study and eventual practice of law.

Firstly, I was fortunate enough to receive a delegation to Florida Girls State in Tallahassee, a selective summer program run by the American Legion Auxiliary, where 300 girls are given the run of the Capitol and Supreme Court for a week. Instead of running for a seat in the legislative branch, I decided to campaign for a place in the judicial branch. Being one of only one-third of the girls who passed the Girls State version of the Bar Exam, I worked tirelessly to campaign for the position of county attorney, which I eventually won.

In my new role, I defended a mock plaintiff who claimed that they were unreasonably searched and seized at a bus stop as the result of an anonymous tip. I was humbled to have the privilege to defend my own argument, as well as debate the intricacies of the term “probable cause” within the context of the Fourth Amendment in the actual Florida Supreme Court in front of 300 spectators. As a result, I discovered the exhilaration and intrigue of being within the courtroom environment, as well as a sense of pride that you feel after you have appropriately upheld the value of justice, especially when the Supreme Court eventually voted in our favor. As soon as I stepped off the podium, I realized that I would love to become a criminal defense attorney.

To help me view the litigation process on a macro scale, I also arranged an internship with a QC barrister in London who specializes in post-colonial British-Kenyan legal disputes, which piqued my interest in human rights law. Simultaneously, I was invited to view smaller court cases in the Royal Courts of Justice, allowing me to draw comparisons between the two countries’ legal systems.

In light of my trans-Atlantic background, I want to undertake the large cost to obtain my degree in international relations, followed by law in the United States, despite having little money set aside to facilitate this.

Whether as a criminal defense attorney or a human rights lawyer– I know one thing – my job description will definitely not include modelling. 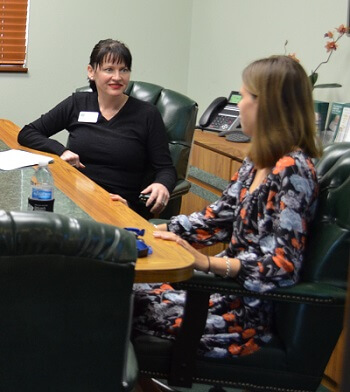 I am writing to express my extreme gratitude and appreciation as a recipient of your law scholarship. Attending Largo High School has been a fantastic experience, and one that has helped me to grow into a driven and focused student. The very generous amount of $1,000 given to me by a fellow Packer (and Warhawk!) will be invaluable in supporting me undergraduate career as an International Relations student, as I fully intent to attend law school in the future.

While I have not yet chosen a university, to date, I have been accepted into the University of Florida, Florida State University, and the University of South Florida’s honors programs, and have just sent in an application to FSU’s Honors Legal Scholars program. During the summer I hope to return to Florida Girls State as a volunteer, to give aid and advice to other girls like myself, who are lucky enough to participate in a session the Florida Supreme Court.

Once again, I cannot thank you, and your entire team at DeLoach, Hofstra & Cavonis, for the kind contribution to my higher education.