What are the most common kinds of car accident injuries? 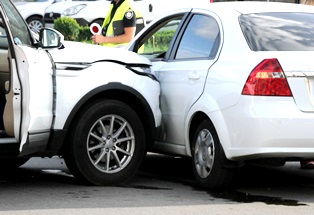 Car accidents happen so frequently, it's nearly impossible to find someone whose life hasn't been affected by a crash. Even when an accident doesn't cause serious injury, it can still result in the loss of a vehicle or time off of work to recover from the strain.

The good news is that most accidents are entirely preventable—and just knowing how they're most likely to occur can help you avoid a crash before it happens.

The most frequent crash scenario by far is the rear-end accident. One car is following another too closely, and the lead car suddenly stops, forcing the following car directly into the back end. In these accidents, the most common injury sustained by the driver and passengers in the lead car is whiplash. The driver of the following car is almost always determined to be at fault.

After rear-end collisions, the most common kinds of car accidents fall into the following categories:

Getting Help If You've Been Injured

While the type of car accident can affect the range and seriousness of injuries, there are many other factors that might determine how much a car accident case will be worth. If the driver who struck you was speeding, under the influence of alcohol or drugs, or texting before the crash, the driver can be held liable for negligence and you could recover a significant amount for your injuries.

Fill out the contact form on this page today to have us begin an investigation into your accident claim.