The Most Common Reasons Bicyclists Are Struck by Drivers in Florida 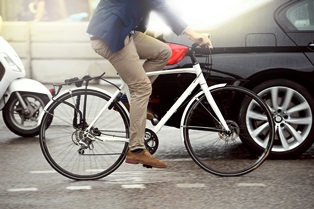 A bicyclist is encouraged to wear a helmet, take extra care when riding close to cars, and to stay visible by wearing bright and reflective clothing.

While these practices go a long way in helping bicyclists reduce their risks of accidents, they're ultimately at the mercy of the cars surrounding them.

Reasons Why Bikers and Drivers Collide on Florida Roads

Car accidents may be a daily occurrence on Florida roads, but people who are struck while walking or cycling in Florida are much less likely to walk away from a crash than a driver of a car. Bicyclists often suffer significant injuries because of a driver’s inability to share the road; a driver traveling too quickly to stop in time to prevent a crash; or simply because a driver wasn't paying attention.

The most common types of Florida bicycle crashes include:

Motorists have a duty to follow the rules of the road and respect the right of way of all vehicles, including bicyclists. A bike rider who was injured because a driver did not maintain a safe distance or performed dangerous maneuvers should seek the advice of an experienced injury attorney. Our legal team can take over your case to get you maximum compensation while you take the time you need to heal. Simply fill out the form on this page today to make an appointment in our offices.