Can I receive damages for pain and suffering after a Florida car crash? 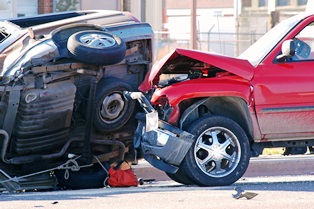 Under the state’s injury laws, Florida victims may be awarded payment for their medical bills as part of their economic losses. However, this isn't what is meant by “pain and suffering.”

Pain and suffering is the legal term for an additional amount of damages that are paid on top of medical and disability costs, and it's up to a jury to decide how much should be awarded in each case.

When Can Florida Victims Be Compensated for Pain and Suffering?

Florida has rules regarding who may and may not be awarded pain and suffering damages in an injury case. As Florida is a no-fault insurance state, drivers are required to file claims with their insurers to collect the costs of an accident, regardless of who caused the crash. If these claims aren't sufficient to cover the costs of injury, an accident victim may sue the at-fault driver or another negligent party whose actions led to the injury.

Economic losses are costs that can be totaled, such as medical bills and lost wages. Pain and suffering awards are a form of non-economic damages, and aren't easy to quantify. Depending on the degree and severity of the injury, the extent of medical treatment, and the impact of the accident on the victim’s life, non-economic damages may range from a few thousand to several million dollars.

Pain and suffering damages may be awarded to compensate a victim for:

A jury has to consider many different factors to determine how much should be paid to an accident victim for his or her suffering. Two people injured in the same crash can be awarded vastly different amounts, depending on their personal circumstances.

For example, a victim who is retired to a wheelchair after the crash, may be awarded a significant sum, if he or she was very active before the accident. On the other hand, a victim who had suffered a pre-existing injury to the same part of the body, may see a reduced award, unless his or her attorney can prove that the damage from the accident played a significant role in her suffering.

We Help Minimize the Difficulties

At DeLoach, Hofstra & Cavonis, P.A., we can examine all of the details of your case to maximize the amount of your pain and suffering award. We'll carefully review the change in your activities, career path, medical treatments, family situation, and future prospects, securing the rightful compensation fo you, to put the accident behind you. And we don't collect any fees until your case is won.

Simply fill out the quick contact form on this page to set up your consultation.