How can I pay my medical bills after a pedestrian accident? 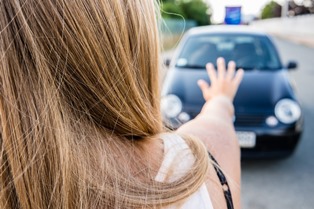 When two cars collide, the victims have the benefit of airbags, steel frames, and countless safety measures to protect them from harm. People who are struck while walking or cycling have no such protection, causing injuries to be much more severe. Pedestrians involved in vehicle accidents are usually sent to the emergency room, may have a lengthy hospitalization, and are out of work for weeks, or even months, all of which, can be extremely costly.

The High Medical Costs of a Florida Pedestrian Accident

Pedestrians and bicyclists are often struck when vehicles turn in front of them, wander into pedestrian paths, or in a moment where the driver’s attention wasn't on the road. In just a few seconds, a pedestrian can suffer severe disability or even death as a result of being struck by a car or hitting the pavement at a high speed.

There are many ways for accident victims to get compensation for the loss of their property, the costs of medical treatment, and even pain and suffering after a crash. Some of the most common methods include:

If you or someone you love has been involved in a car-pedestrian accident, our aggressive legal team can take over your case while take the time you need to heal from your injuries. Simply fill out the form on this page today to make an appointment in our offices.