What are the most common causes of Florida car accidents? 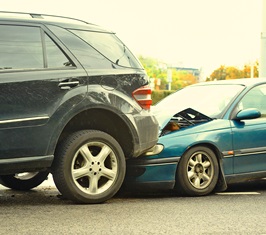 Nearly every American will be involved in a car accident at some point in his or her life. While it's the responsibility of every driver to stay safe on the road, many people engage in risky or even outright dangerous behaviors that place them and others at risk.

By learning the most common threats to road safety, drivers and passengers can recognize danger early on, and maybe even prevent an accident before it happens.

Driver Actions and Other Common Factors in U.S. Road Accidents

The National Highway Traffic Safety Administration (NHTSA) has performed numerous studies on car accident causes over the years. Each year, driver error is by far the biggest single cause of car accidents nationwide, with a much smaller percentage of accidents caused by vehicle malfunction or adverse road conditions.

Those statistics are right in line with what happens on Florida's roadways as well. The most likely factors that lead to car accidents include:

If you need help after a car accident, we can get you the compensation you deserve—and you won't have to pay our firm anything until you receive compensation. Fill out the contact form on this page today to set up your consultation with an injury attorney.