What if my loved one wrote more than one will?

If you are the personal representative to an estate, it falls to you to file the deceased person’s Last Will and Testament with the Florida probate court. But what if you locate two different Wills—or three, or more? Or a family member comes forward with a drastically different version of the Will?

Which Will Is Valid? 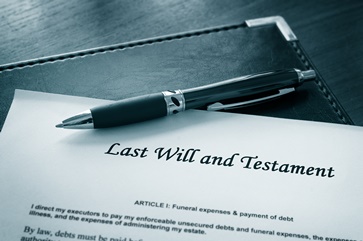 It’s not uncommon for a person to create multiple Wills over their lifetime. However, only one Will can be valid at the time of a person’s death. The existence of multiple Wills is not only confusing, it's more likely to lead to estate litigation from disinherited beneficiaries.

When deciding which version of a Will is valid, the court will consider:

If you aren’t sure which version of a Will is legally valid, the dedicated attorneys at DeLoach, Hofstra & Cavonis, P.A. can answer your questions. Simply fill out the quick contact form on this page to set up a consultation and have us explain your options to you.