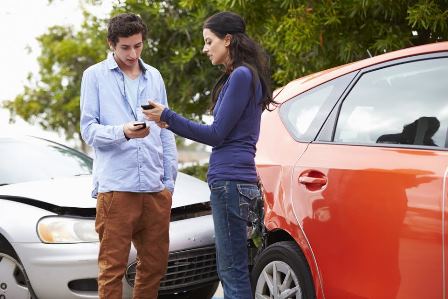 The idea of no-fault car insurance laws is often puzzling, since one driver is nearly always more to blame than another after a car accident.

Under state insurance laws, the term no fault doesn't mean a lack of responsibility for the crash. It means an insurer is obligated to pay for costs regardless of fault.

Each state can choose whether it wants to be a “fault” or “no-fault” state when it comes to car insurance—and the law can greatly affect a resident’s ability to get payment for his medical bills and lost wages after a car accident.

How Does No-Fault Car Insurance Work?

Since the early days of car insurance, people have been able to choose their preferred method of getting compensation after an accident. Drivers could:

Since the amount of potential damages in a lawsuit is much higher than most insurance limits, injury lawsuits against at-fault drivers were common—and remain popular in fault insurance states.

Florida lawmakers adopted the no-fault system as a way to provide compensation to car accident victims without the necessity of a lawsuit. By requiring each driver to recoup his crash costs from his insurer, accident victims can get necessary payments much more quickly and efficiently than by filing suit. In order for the system to work, all drivers are required to purchase and maintain auto insurance coverage for personal injury protection (PIP) and property losses. As long as a victim has this insurance, he or she is guaranteed to receive payment for medical treatment, lost income, replacement services, and death benefits related to the accident.

Are There Exceptions to No-Fault Car Insurance?

While the no-fault insurance system reduces the number of personal injury lawsuits, it isn’t perfect. There are some situations when someone's insurance won't be enough to cover the full extent of his or her injuries. In some cases, the insurance laws may not apply to one or both drivers involved in a crash. It’s important for drivers to know the limitations and exceptions to insurance laws in order to get fair payment for their injuries.

For example, the rules of Florida’s no-fault insurance system may not apply if the accident:

If you pursue a claim against an at-fault driver, you might be able to recover damages for pain and suffering, mental and emotional distress, and other losses. Contact us today to have an attorney help you determine the best way for you to get compensation after your injury.