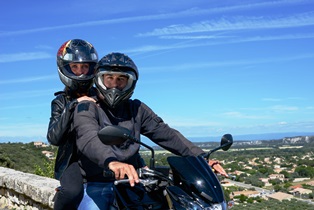 Every day, motorcycle riders are cut off in traffic or pushed onto the shoulder by drivers unwilling to share the road. Unfortunately, these negative attitudes may extend into the courts after a biker is injured in a crash.

Although the majority of motorcycle accidents are caused by driver negligence, some judges and juries may harbor prejudices against bikers that affect the outcome of their cases. It will take the right evidence—and a savvy attorney—to overcome the bias against motorcyclists in an injury case.

We Have Firsthand Experience of Biker Bias in Crash Cases

As an avid biker and experienced motorcycle injury attorney, Paul Cavonis knows firsthand how insurers attempt to paint motorcycle riders as reckless or irresponsible to avoid paying them for their injuries. We meet the prejudice against riders head-on, gathering evidence to fight the notion that you're to blame just because you travel on two wheels instead of four.

We can fight against biker bias in many ways, including:

At DeLoach, Hofstra & Cavonis, P.A. our motorcycle accident attorney is a dedicated advocate for bikers injured or killed in a crash. Let us advise you on your available options and secure the maximum compensation you're owed under the law. Simply fill out the quick contact form on this page to set up a consultation and get answers to your questions.