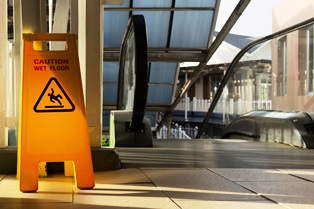 After you're hurt in a slip and fall accident, you may simply want to go home and recover from your injuries.

However, the actions you take immediately after an injury are vital. They provide some of the best opportunities to prove that a property owner was negligent.

If you don't act quickly, you could make mistakes that put your recovery at risk.

Common Mistakes People Make Immediately After a Slip or Fall

Many people are embarrassed at having fallen in public, afraid of causing a scene or calling attention to themselves. While it may feel awkward, it can benefit your health and your injury case to stay at the scene for at least a few moments after the accident occurs.

After falling on someone else’s property, you should never:

If you didn't do these things before leaving the scene of the accident, it doesn't mean you don't have a viable slip and fall case. We can track down evidence on your behalf, including getting copies of surveillance videos and public records that prove that a dangerous condition existed. The steps above simply give us a better opportunity to build the strongest possible case.

What Not to Do as You Recover from a Fall Injury

In the days and weeks after a fall injury, most victims are preoccupied with pain management and figuring out how to pay their bills while they're unable to work. Unfortunately, they may make mistakes during their recovery that can further hinder their ability to get compensation, such as:

Have you been injured in a fall accident? Our Seminole personal injury lawyer will fight to get you the compensation you're owed for a property owner’s negligence. Simply fill out the quick contact form on this page to schedule a confidential consultation.