Free Living Will and Designation of Healthcare SurrogateRequest Information

Your Separate Writing:
Gifts of Tangible Personal Property in your Last Will and TestamentRequest Information

Correctly preparing your estate plan is not always easy or intuitive. There are many ways to make mistakes, even with professional legal advice.  Here are some common mistakes we see on a daily basis, all of which we have personally witnessed in our years of practice:

1. The Case of the Long-lost Heirs.

About twelve years ago an Englishman came to the City of Clearwater to retire. He was unmarried, had no children, and made the big mistake of not preparing a last will and testament. When he passed away, we were asked to handle his estate.

It was necessary for us to do a lot of research to ascertain his heirs. Eventually, his heirs were identified and located. Affidavits, death certificates, and birth certificates had to be obtained and presented to the Court with a Petition to determine heirs. His approximately $160,000.00 was divided between seventeen beneficiaries.

Most likely, this was not what the gentleman would have intended upon his passing, but, due to the fact that he did not have a last will and testament, extended time and costs resulted.

2. The Case of the Twenty-Eight Year Relationship.

A man and a woman they lived together twenty-eight years but never married. All of the assets were titled in her name only.  Upon her death, the assets passed to her heirs at law. They did not pass to her significant other and he had no claim to her estate.  This was a terrible outcome that could have easily been avoided with a last will and testament.

3. Crossing out and Initialing.

A gentleman had a will and, in his will, he specified a $35,000.00 devise to a girlfriend. He subsequently had a falling out with his friend, and on the original of his will, he crossed out the paragraph and initialed it.

The question was whether or not that was a sufficient revocation, and the answer is that it was NOT. The person with whom he had the falling out received the $35,000.00.

How simple it would have been for him to add a codicil to the will or a new will written to exclude this person from his estate?

4. Do it Yourself Estate Planning.

We see this all the time and frequently deal with the terrible outcome. Recently, we had clients come with upon their father's death. Dad did not like attorneys so he wrote his own will that he got from the internet. Unfortunately, his will was not correctly executed and the court ruled he died without a will, which meant his final wishes were not followed.

I had helped a client with his will, power of attorney and advance directives and got paid about $400 at the time. Our client's friend told our client that he way overpaid for our legal services and he got his attorney friend to prepare a last will and testament for only $60!  His friend was pretty sick at the time and he died not long after he got the cheap last will and testament. When we reviewed the will to probate the estate, only then did we find that the will was not correctly drafted - it was missing one of the key ingredients to establishing an estate plan. The probate was messy, expensive and the decedent's final wishes were certainly not followed.  Remember - you get what you pay for!

6. Not Reading our Book!

What was the best way for all of these people to create an estate plan? Go see a good attorney!  Importantly, if you want to learn more about finding a good attorney and are looking to create your Florida estate plan, please download a free copy of my son's book, The Top 20 Rules to Protect Your Florida Estate. 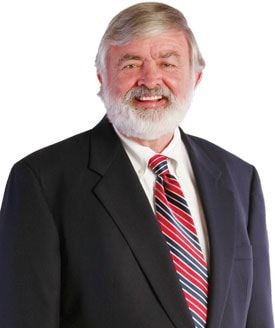