Can I contest a will based on a relative's insane delusion? 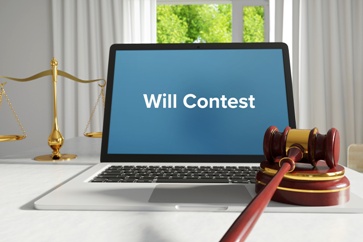 Insane delusion is one of the lesser-used reasons to contest a will in Florida. Much like a lack of testamentary capacity, a will can be declared void if the court finds that the testator suffered from insane delusion at the time of the will's execution.

What Is Insane Delusion and When Does it Apply?

The Florida Supreme Court has defined insane delusion as "a fixed false belief without hypothesis, having no foundation in reality." In 2004, a Florida court expanded the definition, proclaiming an insane delusion to be "spontaneous conception and acceptance as a fact of that which has no real existence, and is persistently adhered to in spite of evidence and reason."

Simply put, a will that was created or amended based on a testator's delusion should not be legally enforceable. Delusions may arise for many reasons, including:

If you are defending a will or attempting to have a will voided in a Florida estate based on insane delusion, the estate litigation attorneys at DeLoach, Hofstra & Cavonis can examine the specifics of your case and explain your legal options. Simply fill out the quick contact form on this page to set up a consultation and get answers to your questions.