Why Distracted Drivers Continue to Cause Injuries on Florida Roads 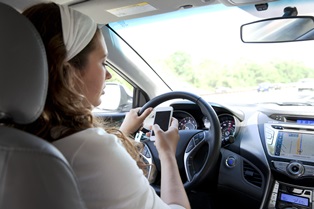 Nearly everyone will experience a car accident in their lifetime, and it's likely that the crash will involve at least one driver distraction. According to the National Highway Traffic Safety Administration (NHTSA), 3,450 people died in crashes involving distracted drivers in 2016—a figure that rises with each passing year.

Distracted driving is any activity that takes your attention away from the safe operation of a vehicle. Distractions can be:

While just one distraction can be dangerous, the most deadly circumstances involve a combination of multiple distractions. For example, a driver annoyed by a rattling soda can in the backseat is cognitively distracted, but they become manually and visually distracted when they reach behind them to stop the noise.

The most common distracting behaviors include:

If you were injured in a Florida car wreck, our Seminole personal injury attorney knows how to determine whether the other driver was distracted at the time of the crash. Attorney Paul Cavonis will provide you with clear options, fight on your behalf, and secure the compensation you need to recover—and we don't collect anything from you unless we win your case. Simply fill out the brief contact form on this page to set up a consultation and get answers to your questions.