Motorcyclists at Higher Risk of Injury on Florida Roads

Gorgeous weather and beautiful views make Florida a top destination for motorcycle riders. Both residents and tourists add to the millions of people traveling on Florida’s streets and highways, which naturally increases the odds of an accident.

According to a recent report from the National Highway Traffic Safety Administration (NHTSA), Florida has the most motorcycle deaths out of any other state in the nation. In the report, motorcyclists accounted for only 7 percent of licensed drivers, but they comprised 19 percent of motor vehicle accident victims. 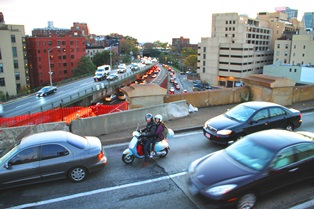 While it's up to all road users to reduce the chances of a crash, motorcyclists are responsible for protecting themselves and their families in the event of an accident. Medical costs, emergency treatment, property damage, loss of income, and legal fees mean the potential financial damage of a bike crash injury can easily rise into the millions.

The easiest ways for motorcyclists to reduce their risk of injury on the road include:

Smart moves protect you in a crash, and they also improve your chances of compensation if you have to file an injury case.

If you've been hurt in a motorcycle crash, we can help you get the justice and compensation you deserve, and we don't collect any fees until your case is won. Simply fill out the quick contact form on this page to set up your consultation with a motorcycle accident attorney in Seminole, FL.