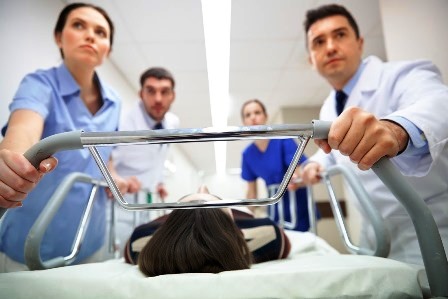 After the shock and stress of a serious accident, your adrenaline takes over. You don’t remember what you're saying, you block out the pain, and you just want to go home.

Unfortunately, going home is the worst thing you can do—both for your health and for your chances of getting compensation.

What You Risk When You Refuse Medical Treatment After an Accident

Failing to see a doctor is one of the worst mistakes people make after an accident, and there are a number of reasons it happens. Some people wave away medical responders or witnesses after a slip or fall because they're embarrassed. Others walk away from a crash because they don't think they're severely injured. Many people don't have health insurance, and avoid going to the emergency room because they cannot afford treatment.

No matter what the reason, refusing medical care after a serious injury can result in dire consequences such as:

Although it's hard to think clearly after an accident, it's vital to stay calm in order to protect yourself and your family after the dust has settled. If you're unsure you need medical help following a crash, it's always better to be safe than sorry. Doing so could not only save your life, it can ensure that you get full and fair compensation for all that you have lost.

Whether you were injured as a result of a slip and fall, car accident, truck crash, or a defective consumer product, it's important to get professional advice as quickly as possible. In addition to seeing a doctor, you should also discuss your case with an injury attorney to find out if you could be eligible to file a lawsuit against the negligent party. If you've been in an accident, we can listen to the details of your case to see who may be liable for the costs of your injuries. Simply fill out the form on this page today to make an appointment for an evaluation.