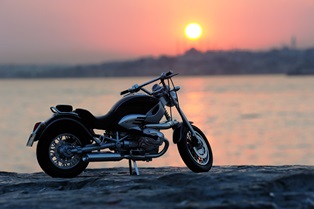 Motorcyclists are required to take safety courses and ride responsibly and even defensibly, taking on the lion’s share of the burden in avoiding a crash. They're advised to wear bright clothing, use their headlights, and even wear helmets and safety gear to protect themselves from other road users.

Unfortunately, riders are also more likely to suffer physically and financially than drivers after a crash—and they may also have great difficulty getting
an at-fault driver to pay for the costs of an accident.

Experienced bikers know the majority of motorcycle accidents are caused by drivers. The most common excuse drivers give after a collision is that they simply “didn’t see” the biker, even in cases where the biker was doing everything possible to be seen.

A driver’s failure to notice a motorcycle rider is particularly dangerous when the car is turning left in front of the motorcycle, since these collisions cause severe injuries to bikers who actually had the right of way.

Left-turn accidents can also cause bikers to be injured even when the driver doesn't make contact with the biker. A driver cutting in front of a motorcyclist can force the biker to make an evasive maneuver to avoid a collision. As a result, the biker may skid out of control, go down an embankment, or suffer injuries as he lays the bike down. To add insult to injury, many such incidents are reported to an insurance carrier as “single vehicle accidents,” implying the biker is the person at fault for the injury.

Factors That Can Affect Compensation in a Car-Motorcycle Collision

Drivers and motorcyclists share responsibility for avoiding accidents, and both are responsible for covering the costs of an accident with insurance coverage. So how can you tell who should pay for what after a crash results in significant injury costs?

The amount of compensation that an injured motorcycle rider will receive after a left-turn crash depends on:

If you were hit by a left-turning car, the next step to take is to seek the advice of an experienced motorcycle accident lawyer. Our firm has helped many bikers get the justice and compensation they deserved after crashes caused by improper left turns—and since we work on a contingency-fee basis, we do not collect any fees until your case is won. Simply fill out the quick contact form on this page to set up your consultation with an injury attorney.