What do I have to prove to get compensation for a pedestrian accident in Florida? 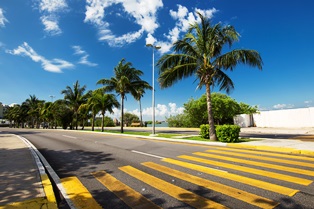 It may seem relatively straightforward who is at fault in a pedestrian accident. The driver of a car travels much faster and is far less likely to be injured in a crash, so there's often no question in the victim’s mind that the driver of the car will be seen as responsible for the accident.

In order to get payment for medical bills and lost income, pedestrians are required to prove that someone else’s actions directly led to their injuries and losses.

What Injured Pedestrians Have to Prove to Recover Damages

In all injury cases, the victim is responsible for providing clear evidence of negligence. Negligence is a legal term that describes an action that a reasonable person in a similar situation wouldn't have done. If someone's negligence caused or contributed to an accident, he or she can be held liable for the costs.

The injury victim must prove four elements to legally establish negligence in a pedestrian crash case:

Who Should Be Held Liable for a Pedestrian’s Injuries?

The legal process for proving negligence can go a long way to determining who's at fault for the accident. In the majority of cases, pedestrians file injury claims against the driver of the car that struck them. However, there are many other parties who could have played a role in the accident, including:

If you're struggling after a pedestrian accident, we can help you get the justice and compensation you deserve—and we don't collect any fees until your case is won. Simply fill out the quick contact form on this page to set up your consultation with an attorney.