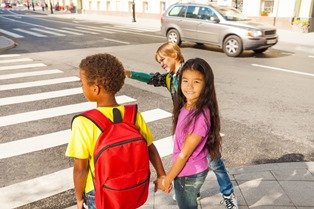 An injury to a child is one of the most devastating events a parent will ever have to endure.

Unfortunately, children are more likely to be struck by cars while walking or riding their bicycles than any other age group, and pedestrian injury is a leading cause of pediatric death in the United States.

Children are at a high risk of pedestrian injury simply by living in the Sunshine State. Florida consistently ranks as one of the deadliest states for pedestrian accidents, and claims four of the nation’s most dangerous urban areas for pedestrians. Even when these accidents don't result in fatalities, they may still cause physical and mental disabilities that can last for the rest of a child’s life, placing an unfair burden on the child and his family.

Our Car and Truck Accident Experts Can Help

Education is the most effective measure in preventing these types of accidents. Not only should parents make every effort to teach their children about how to behave around cars, drivers should also take special care in areas where pedestrians are most likely to come onto the road.

If you or someone you love has been involved in a car-pedestrian accident, it's a good idea to seek the advice of an experienced injury attorney. Fill out the form on this page today to make an appointment in our offices.