There was ambiguous wording in my relative’s will. How will the court decide what it means? 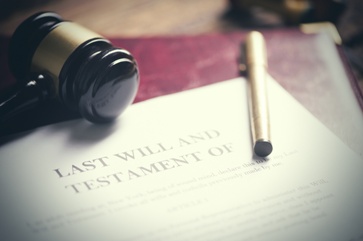 Language that may be interpreted in different ways by different people can cause confusion, but in a last will and testament, it can also lead to costly estate litigation. When a certain word, phrase, or provision of a will could be taken in two or more different ways, there’s a strict process for determining the creator’s intent.

How Courts Decide the Meaning of Ambiguities in a Will

Unlike contesting a will in Florida, there’s no need to declare the entire will invalid if there’s an ambiguity in the document. Instead, the probate court will make a ruling on the intended meaning based on the deceased’s other provisions and overall disposition.

The court will have to determine:

If you believe there is a mistake in your relative’s will, the Florida estate litigation attorneys at DeLoach, Hofstra & Cavonis are standing by to explain your legal options. Simply fill out the quick contact form on this page to set up a consultation and get answers to your questions.