The Dangers of Head-On Collisions on Florida Roads 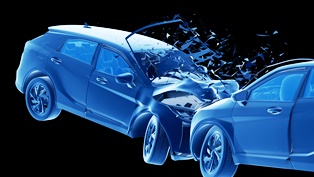 A head-on collision is one of the most terrifying events a person can experience. When two cars traveling in opposite directions strike each other on their front ends, all of the forward momentum of both vehicles combine, doubling the force of the impact. At high speeds, airbags and seatbelts may not offer enough protection to passengers, causing disabling or even fatal injuries.

Any kind of car accident has the potential to cause harm, but head-on collisions are especially deadly. A frontal-impact collision can happen anywhere a vehicle crosses the center line, but are most likely to occur in areas with speed limits of 35mph or higher.

The most common negligent actions that lead to head-on collisions include:

Injuries Victims May Suffer in a Head-On Crash

According to the Insurance Institute for Highway Safety, frontal impact crashes caused 56 percent of vehicle occupant deaths in 2017. Even when passengers in frontal-impact crashes survived, their injuries tended to be much more severe, requiring ongoing medical care and affecting quality of life.

Injuries in a head-on collision may include:

If you were a victim of a head-on collision, we can help you recover compensation for medical costs, lost wages, property damage, and pain and suffering. We will fight for everything you're owed under the law, and we don't collect any payment until your case is won. Simply fill out the quick contact form on this page to set up a consultation with our car accident lawyer in Seminole, FL.