How Florida Courts Rule on Confusing Language in a Will

A mistake or typographical error in a last will and testament can cause hardship and heartache for a deceased person's heirs. If beneficiaries cannot agree on the meaning of a confusing passage in the document, they may require the court to make a final ruling in a will construction proceeding. These matters are complex, and all beneficiaries and personal representatives to an estate should be represented by an experienced estate litigation attorney.

There are two kinds of ambiguities in a will: patent and latent. A patent ambiguity is one that exists due to a contradiction or incorrect information. For example, a bequest of $10,000 to the eldest daughter is made early in the will, but a later stipulation lists the same bequest as $1,000. A latent ambiguity exists when there is more than one way to apply 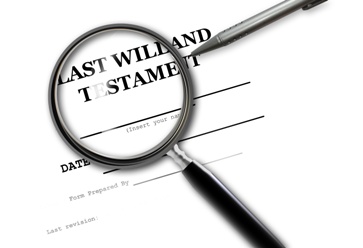 certain words or phrases in the will, such as a bequest to "my wife" when the testator has been married several times.

The court may interpret the intended meaning of a last will and testament by examining:

Since will construction cases can result in the reduction or total loss of inheritance, it's vital to choose the right attorney to fight on your behalf. Contact us today to set up a consultation with the dedicated litigators at DeLoach, Hofstra & Cavonis.