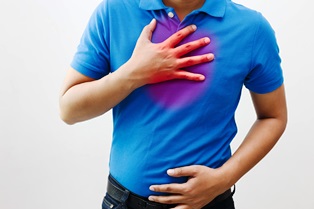 Many Americans suffer from painful heartburn, indigestion, and acid reflux. While there are many ways to combat these conditions, prescription medication remains the most popular method for treating chronic digestive problems.

Unfortunately, one of the most common classes of heartburn drugs may place a patient at risk of severe injuries or even death.

What Are Proton Pump Inhibitors (PPI)?

Proton Pump Inhibitors (PPIs) were approved by the U.S. Food and Drug Administration in 1989. These drugs offered a new way to treat chronic stomach ailments such as Gastroesophageal Reflux Disease (GERD) and peptic ulcers. Stomach acid is produced by glands (proton pumps) in the lining of the stomach. PPIs work by cutting back the amount of acid the stomach can produce, lowering the overall levels to prevent acid from causing irritation to the esophagus or creating ulcers.

Today, proton pump inhibitors are the most popular heartburn medications in the nation. Prilosec, Prevacid, Nexium, Aciphex, Protonix, Zegerid, and Dexilant, are some of the highest-grossing PPIs, many of which, are available over-the-counter and by prescription. It's estimated that over 15 million Americans use a PPI medication, generating over $3 billion for drug makers every year.

Dangerous Side Effects of PPI Medications

Could I File a Lawsuit If I Suffered a PPI Medication Injury?

Pharmaceutical companies are in the business of making money, and have been known to ignore health concerns in order to generate higher profits. This can lead to unethical and illegal practices, such as encouraging doctors to prescribe medications with no underlying need, or to prescribe medication for non-indicated, or “off-label,” reasons.

A company may also encourage patients to use PPIs for several months or years, even if the drugs are only intended to be used for short and controlled-treatment periods.

Several lawsuits nationwide are still pending against the makers of proton pump inhibitors, including allegations involving the manufacturers of Prilosec and Nexium. While allegations vary depending on the individual case, many patients claimed that drug makers:

If you're currently using PPIs or have taken them in the past, you may be eligible to file a claim against the drug maker if your health suffered as a result.

Our legal team will listen to the facts of your case and determine if you're eligible to recover medical costs, pain and suffering, and other damages as a result of a defective drug. Simply fill out the contact form on this page today to set up your consultation with our Florida injury attorneys.