Drivers at Risk of Crashes Because of Truckers Using Stimulants

Drowsy driving is one of the most common causes of truck accidents nationwide. In an effort to prevent mistakes caused by long hours behind the wheel, the federal government created "hours of service" regulations that include mandatory rest breaks during and between driving shifts.

Unfortunately, many truckers are encouraged to subvert these laws by using stimulants to stay awake, a workaround that increases injury risks for everyone on the road. 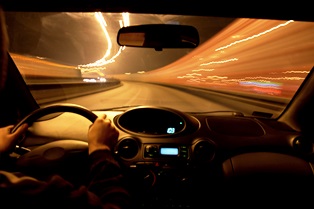 According to a recent study published in Occupational and Environmental Medicine, truck drivers said they could easily obtain illegal stimulant drugs from gas stations and truck stops. They also reported they were much more likely to use amphetamines during nighttime driving.

Illegal uppers such as amphetamines and cocaine cause erratic driving and paranoia.

If these are combined with prescription medications, they can affect every aspect of driving—and may cause the operator to have a heart attack or stroke behind the wheel.

While it's the trucker’s choice to use legal and illegal drugs during driving hours, employers may be held liable after a wreck caused by a trucker’s drug use. In many cases, trucking companies encourage illegal behavior on the part of their drivers if it helps the bottom line. Trucking company representatives might not state outright that drivers should use stimulants or skip their rest breaks, but their actions make it all but impossible for drivers to do otherwise.

A company may actually encourage a driver’s amphetamine use by:

How to Gather Evidence of Drug Use After a Truck Crash

After an accident occurs, victims must work quickly to preserve the evidence at the scene. A truck driver on stimulants may be held accountable using the following:

Our truck accident lawyer in Seminole, FL has helped many accident victims get the justice and compensation they deserved after a serious injury. Since we work on a contingency-fee basis, we don't collect any fees until your case is won. Simply fill out the quick contact form on this page to set up your consultation with a truck crash attorney.