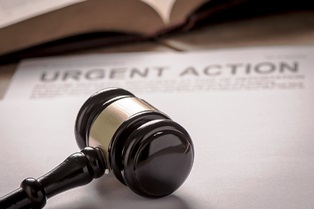 Patients who relied on Stryker hip implants may be owed compensation for the numerous adverse health effects caused by these metal-on-metal devices. Although Stryker has since recalled several models of its metal-on-metal hip replacements, the company has paid over $1 billion in settlements to patients who suffered broken bones, severe pain, and underwent additional surgeries as a result of the problematic devices.

Recalled Stryker Hip Implants That Have Caused Injuries to Patients

Stryker, a major manufacturer of hip ball and joint replacement implants, underwent several major recalls of its devices over the past decade. The voluntary recall came after the company received reports of complications with certain Stryker hip implant systems, including:

Even through patients no longer receive these device implants, those who have received them often cope with a wide range of permanent health effects, such as:

Warning Signs That a Hip Replacement Device is Failing

Patients often don't know they've received a faulty hip device until they begin having pain around the hip that causes difficulty walking. This pain may come on suddenly, or develop gradually due to loosening and inflammation. If the head and neck of the device separate, a patient can suffer total hip failure, a debilitating and extremely painful condition. An X-ray can evaluate the placement and performance of the hip device, and is often the first step to determining whether the implant is causing problems.

Unfortunately, there are often no immediate symptoms of metal poisoning, allowing the condition to progress until it's done widespread damage. Patients may not realize something is wrong until surrounding tissues become inflamed or systemic problems in the body cannot be otherwise explained. Blood testing can definitively detect the presence of increased metal ions in the bloodstream.

Not only can hip implant failure cause significant medical and rehabilitation costs, it can also result in devastating losses for patients and their families. Patients who relied on a hip replacement to increase their mobility may suffer permanent impairment, affecting their ability to earn a living and decreasing their quality of life.

If you or someone you love received a Stryker hip implant, we will fight for compensation on your behalf and won't collect any fees until your case is resolved. Simply fill out the contact form on this page today to set up your consultation with our Florida medical device injury attorneys.