Drowsy Driving Still a Major Cause of Florida Semi-Truck Crashes 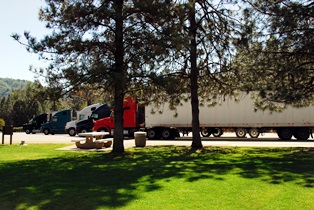 Anyone who has taken a road trip knows that long hours behind the wheel can cause a driver to suffer from drowsiness. Passenger car motorists have the option of pulling over for a nap or switching drivers to stay alert, but most truckers don't have this luxury. Since they're paid to spend as many hours behind the wheel as possible, it’s no surprise that drowsy driving is a common cause of truck accidents nationwide.

Truckers Are a Perfect Storm of Drowsy Driving Risks

While people understand that driving while tired is dangerous, many don't realize just how much it affects their ability to operate a vehicle. One study found that being awake for 17 hours produced similar impairment levels as having a blood alcohol concentration of .05. Remember, .08 is considered legally drunk.

A recent poll conducted by the National Sleep Foundation, identified the most common factors in driving fatigue, many of which, apply to long-haul commercial truckers. Some of the reasons truckers are overwhelmingly likely to drive drowsy include:

The U.S. Department of Transportation and FMCSA recently enacted new rest time regulations for truck drivers to cut back on drowsy driving accidents. New restrictions include:

The most common method for determining if a fatigued trucker disregarded these regulations, is to check the driver logs to make sure all rest breaks were taken and recorded. Unfortunately, some operators are pressured to alter their schedules to hide any evidence indicating they were driving longer than the legal limit.

It's vital that your attorney request copies of all documents, such as fuel receipts, hotel or motel records, videos and data from on-board recording devices, cellphone records, dispatcher communication, and GPS monitoring, in order to determine whether a trucker was breaking the law.

It may be difficult to prove that a big rig operator fell asleep at the wheel, but the right evidence can identify the likely cause of the crash, as well as hold the trucking company and operator accountable for their mistakes.

If you were injured in a truck crash, our Seminole personal injury lawyer can determine who's at fault and help you receive compensation for your medical bills, lost wages, and pain and suffering—and we don't collect any fees until your case is won. Simply fill out the quick contact form on this page to set up your consultation.