Reports of a local insurance agent expoiting an elderly couple bring home why I joined the DeLoach, Hofstra & Cavonis, P.A., and how we want to help the elderly and disabled in issues of fraud, abuse and exploitation.

St. Petersburg Police arrested Charles Brian Kleinmetz, age 52, in his home in Seminole on October 8, 2020.  He was charged with one count of Exploitation of the Elderly or Disabled Adult.  According to reports, Kleinmetz met his victims over 10 years ago and he sold the couple a long-term care insurance policy.  When the husband got dementia and had to move into an assisted living facility, Kleinmetz helped the couple cash in a $205,000 life insurance annuity to pay for the cost of assisted living. Once the husband was in assisted living, Kleimetz allegedly worked his way in with the wife, and eventually writing himself checks of $100,000 by the time the police became involved. While the police are still investigating, if you or a loved one has worked with Kleinmetz, the police are looking for people with similar circumstances.  Kleinmetz is considered innocent until proven guilty.

I wrote an article about the causes of action for elder exploitation in Florida.  Here, in order for the state to prove that Kleinmetz exploited his clients, the state will generally need to show the following:

The statutes further define exploitation as:

This case is a good illustration that elder exploitation is not exclusively committed by family members or close relations.  Financial advisors, brokers or in this instance, insurance professionals, are capable of committing elder exploitation, unfortunately.

If the State of Florida proves the charges against Kleinmetz, he may be facing third degree felony charges as set forth in F.S. 775.082 or 775.083. He is also subject to being sued to get the funds returned. In a civil lawsuit, the victim may have a cause of action against Kleinmetz and may recover actual and punitive damages for such abuse, neglect, or exploitation.  If the victim prevails, he or she may be entitled to recover reasonable attorney’s fees, costs of the action, and damages.

Could the Elder's Estate Plan have Helped?

If you or your elder is being exploited, we are glad to meet and discuss ways our elder law litigation department may help you in these difficult times. 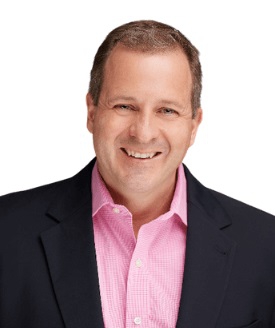