Propecia and Proscar Linked to Sexual Dysfunction in Some Patients

Two popular medications created for men may cause long-term side effects, including erectile dysfunction and infertility. Patients taking Propecia, a medication to reverse baldness and Proscar, a treatment for enlarged prostate, could be at higher risk of suffering adverse sexual reactions—especially if they take these drugs for a long period of time.

The History of Propecia and Proscar 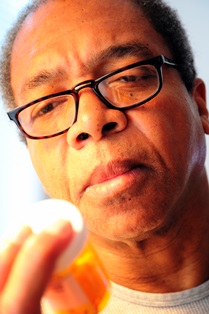 Propecia is a prescription medication used for the treatment of androgenetic alopecia, also called male pattern hair loss. This condition occurs when hair becomes thinner on the crown of the head (also referred to as a bald spot) and may involve a receding hairline and thinning of the hair at the temples.

Androgenetic alopecia is hereditary and affects half of all men over age 50. Propecia binds the male hormone DHT to the receptors in hair follicles in the scalp, effectively keeping the hair in place.

Propecia was developed after doctors found that patients taking Proscar for benign prostatic hyperplasia (commonly called an enlarged prostate) reported that their hair started growing back.

Researchers created Propecia by increasing the main ingredient of Proscar, finasteride. Finasteride is a 5-alpha reductase inhibitor, meaning it reduces male hormone activity in the body.

Sexual Side Effects of Propecia and Proscar

Over 1,000 men have filed lawsuits claiming the drug manufacturer Merck & Co., Inc. failed to warn both doctors and consumers of the potential for long-term sexual dysfunction when using Propecia. These product liability lawsuits are supported by data from the U.S. Food and Drug Administration (FDA), which found that sexual side effects can continue for months after patients discontinue taking the drugs.

Claims against the drug maker include allegations of:

In the medications’ updated warning labels, the FDA warns that patients taking finasteride may suffer:

If you suffered long-term injury due to a defective medication, we can help. Our attorneys can listen to the facts of your case and determine if you're eligible to recover medical costs, pain and suffering, and other damages. Simply fill out the contact form on this page today to set up your consultation with our Florida medical device injury attorneys.